1. How do animals realize long-distance migration?

Due to breeding, foraging and other reasons, animals often need to experience a certain distance of migration. How do they ensure that they can find the right direction? Studies have shown that magnetic fields are one of the most commonly used methods in animals.

Researchers used the data from the Swarm Geomagnetic Observation Satellite of ESA to establish a connection between the strength and direction of the magnetic field and the flight path of migratory birds, giving us a better understanding of how animals use the Earth's magnetic field to migrate over long distances.

The white-fronted geese that the research institute focuses on fly from Siberia to Germany when migrating in autumn. The researchers combined Swarm satellite data with data stored in Movebank (Movebank stores a large amount of data on the location and time of animal migration) to obtain the geomagnetic intensity values ​​they encounter during their journey.

The study showed that during the geomagnetic storm, the white-fronted geese were affected and deviated from their migration direction. The implementation of this research proves the possibility of combining animal migration tracking data with geophysical information, and helps us generate new insights into animal migration behavior.

Forests can absorb and store large amounts of carbon in the atmosphere. And it plays a vital role in the earth's carbon cycle and helps alleviate the climate crisis.

In the past half century, terrestrial ecosystems have absorbed one-third of carbon dioxide emissions. Tropical rainforests including the Amazon have made a significant contribution to this process.

Excessive logging will threaten forest resources, and forest degradation will also cause most of the stored carbon to be released back into the atmosphere and exacerbate climate change.

3. How many glaciers has the earth lost?

The melting of glaciers causes sea levels to rise, and at the same time it poses a threat to people living in coastal areas. Therefore, it is necessary to grasp the information of glacier melting.

The large number and scale of glaciers, remote location and rugged terrain undoubtedly increase the difficulty of monitoring glaciers. The "Cold Satellite" of the Earth Observation Satellite of the "European Earth Explorer Program" is based on a special data processing method—‘banding processing’, which reveals to us how much ice has been lost by glaciers in Alaska and Asia since 2010.

According to the results of the study, between 2010 and 2019, the Gulf of Alaska lost 76 Gt of ice per year, while the Asian high mountains lost 28 Gt of ice per year. In addition, with the exception of the Karakoram region in the high mountains of Asia, ice loss has occurred in almost all regions. This phenomenon is called the "Karakoram anomaly".

This research shows that the key information provided by this unique high-resolution radar altimetry data set allows us to better quantify and understand glacier changes on a global scale. ‍

4. Is the global ocean acidifying?

The ocean can absorb 93% of the heat and carbon dioxide emitted by greenhouse gases into the climate system, but these processes also change the chemical composition of the sea.

The acidification of seawater will make it difficult for calcifying organisms (such as shellfish and corals) to build and maintain their hard shells, bones and other calcium carbonate structures. If the pH of the seawater is too low, the shells and bones may even begin to dissolve.

For human-being, acidified seawater can be hard to afford the consequences of climate regulation, and it will also have adverse effects on aquaculture, food security and tourism. Therefore, monitoring changes in ocean acidification can help us make better climate and environmental decisions. ‍

5. How does forest affect cloud cover?

In addition to mitigating climate change by absorbing carbon dioxide, studies have shown that forests can also affect the climate in other ways. For example, it can produce cooling effects by increasing low-level clouds.

A study published in "Nature Communications" shows that satellite observation data show that in two-thirds of the planet, afforestation has increased the amount of low-level clouds and has the most obvious impact on evergreen coniferous forests.

6. How much has the sea level risen?

New research funded by ESA shows that a specific method of processing satellite altimetry data can determine the degree of sea level change in coastal areas with millimeter per year accuracy even when the ocean is covered by ice.

Taking the Baltic Sea as the research target, the results show that between 1995 and 2019, the sea level on the southern coast of Germany and Denmark rose at a rate of 2-3 millimeters per year, while the sea level in the northeastern Gulf of Bothnia rose by 6 millimeters.

Since the early 1990s, satellites have been tracking changes in sea level, indicating that the global sea level has risen by an average of 3 millimeters per year. Due to climate change, sea levels may continue to rise in the coming decades.

The "Special Report on the Ocean and Cryosphere in Climate Change" issued by the United Nations Intergovernmental Panel on Climate Change (IPCC) pointed out that by the end of this century, the global average sea level may rise by 0.29 m to 1.1 m. 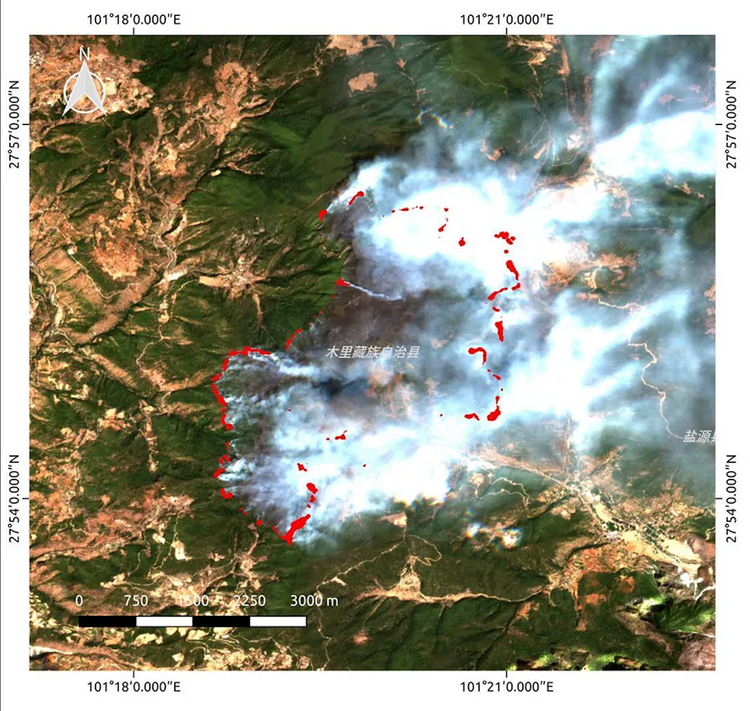 Unbearable Weight | How Do We Stop Surface Subsidence?